millecollines team would like to dedicate this day to the women that inspired this project; Antoinette Mukakalisa.
BRIEF HISTORY OF ANTOINETTE
At the age of 16 she entered a convent in Kibungo, she was determined to fight to have access to a secondary education - inaccessible for the Tutsi ethnic group at that
moment (1969). She received training as a nun and attended sewing classes. At the age of 18 she left Rwanda and moved to Zaire, Kikur, the situation in her native country started to be difficult. She stayed in Zaire until the end of the genocide. When the situation in Rwanda stabilized she decided to return to her motherland and look for her family. Most of them were dead. It is then that she realizes the dimensions of the problems Rwanda had and would face. She starts working on possible solutions. A few years later Tujijurane is born.
“I fought hard to receive a proper education when I was young; I never accepted that Tutsi could not be educated in the same way as any other ethnic group. I worked very hard to become a professional dressmaker. I opened several workshops which I managed myself while I raised my children showing them that discipline with a lot of love is the only path. I stressed in the importance of education to be professional in a fast changing world. With my two children successfully working and an intense life behind of which I feel proud, I am ready to help others.
- Antoinette Mukakalisa
(words she shared with us while sitting in her living room in 2006, mille collines brand was just born.)
Her new life project was founding an association in 1998 that she named Tujijurane, which in the local language means; from hand to hand. It took off with a group of 20 women. By November 2006 the group had grown to 140 members. Antoinette is still today the president.
TUJIJURANE'S PHILOSOPHY
Tujijurane works in one of the poorest districts of Kigali, Kacyru-Kibaza. The aim is to offer quality training free or at the same price as public education.
The
women of the comm
unity were the first one to be
favoured
. Women that dreamed of having a job from


which they could make a living.


Starting by training the women lead to a clear need to open a nursery for their children's education, which were now alone at home since their mums had started working. That’s how Tujijurane’s nursery was born.
Tujijurane is today not only an association for women but an association training any poor person willing to fight ignorance.


Tujijurane has crossed Kigali’s borders, today they have some members that walk in every day from villages locared on the outskirts.


Each member contributes with


500 francs (1 dollar) each m
onth that goes to the association. Every Friday an assembly takes place where the work of all the week is registered, the expenses are updated and other maters are debated. 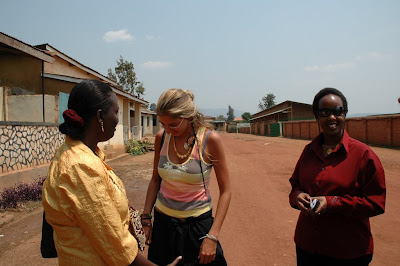 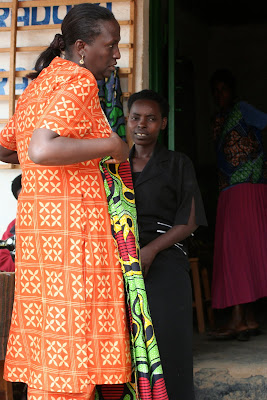 Africa Digna Foundation is collaborating with Tujijurane in supporting new projects the association is carrying out. If you would like to support Antoinette in her fight, please contact Africa Digna.


2005. The moment co founder Inés met Antoinette in her first trip to Rwanda.
2006. Marc and Inés were founding mille collines project with the essential collaboration of Antoinette in the setup.